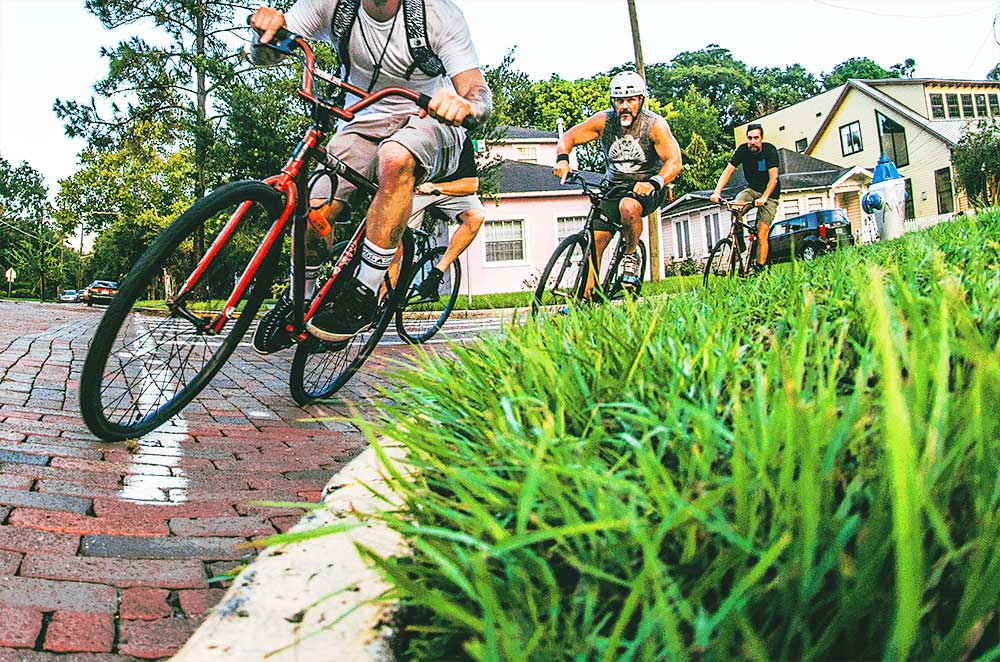 In our quest to cover what you ride from Cradle to Grave, we are stoked to officially introduce you to our newest bikes we’ve dubbed the UTB or Urban Terrain Bike. The Subrosa UTB is an all new way of thinking for Subrosa. We set out to blend the feeling of BMX with the speed and comfort of a commuter bike and the UTB was created. You no longer need to fear the end of the sidewalk! Check out all the details now!

As stated above, UTB stands for Urban Terrain Bike. That means we designed these bikes to be ridden on everything you’d find in a city at high speeds, but also built strong to take shortcuts, bunny hop stuff, jump curb gaps, drop down some stairs, or anything else in your way. The Subrosa UTB will live in our Big Bikes line which will also feature our Salvador 26″ and more.

The UTB’s are capable of high speeds on and off road with an emphasis on comfortably and traveling further distances. Cement, hard packed dirt, clay, and gravel is where these bikes thrive!

We all love BMX and these bikes give you the same feelings while getting you to and from further distances in style.

Subrosa has never been a brand that stays within the norm and these bikes truly speak from a passion for BMX and a desire to keep that feeling alive.

We are launching this line with 2 models named the Erro (pronounced ar?row) and the Rixa (pronounced ricks?a). Both models will feature the same geometry but will be spec’d to suit different riding styles and budgets.

The frames will be available in 3 sizes Small (47cm), Medium (52cm), and Large (54cm) and are built to shred! To make these bikes durable we built them with key features from our BMX bikes. We’ve added top and down tube gussets to help with front end strength, and a unique chain stay bridge to reduce side to side flex.

Our UTB frames feature a higher than traditional bottom bracket, and a short rear end to be easier to hop up curbs, wheelie, and it’s makes them super agile and responsive.

The Erro is spec’d with speed in mind. Lower 2″ rise bars, and alloy cranks to reduce weight and keep a more traditional road bike look and ride. The Rixa has more of a BMX influence to it with 4″ rise 4pc. bars, and a 3pc chromoly crankset with a spine drive spider for a tough, but clean look. Both bike feature a ton of parts from The Shadow Conspiracy and Rant along with more durable double walled rims.

These bikes are too much fun to ride, and both have a more upright position when in the seat, and the stability to hit up dirt paths, sidewalks and gravel roads giving you the ability to take that shortcut on your next commute.

Check out all the spec and details of both the Erro and Rixa, along with the Slayer UTB and Salvador 26″ that make up the Subrosa Big Bikes line in the lookbook below.

These bikes will be arriving in store worldwide throughout March. The will also be available March 15th on the Subrosa Webstore.