Before I was fully engulfed by the world of BMX, I found a magazine at my elementary school library and in the back of it was a comic strip featuring a rider by the name of Radical Rick. As I found more an more issues of BMX Plus, I found myself skipping to the comic strip first. Over 30 years later, I get that same feeling again as I announce the Subrosa X Radical Rick collaboration!

Around 1985 or 86 I found a BMX magazine in my school’s library, and I could not put it down. I was about 6 years old, and it was the first time I learned that there was a magazine for what I was into, and I checked it out of the library that week, and every week for the rest of the school year. The magazine was BMX Plus.

I saw photos of racers, and I saw photos of freestyle for the first time. I saw cool clothes, new and special products, BMX advertisements, and I was introduced to my new favorite rider Radical Rick.

Radical Rick was a two-paged comic strip created by Damian Fulton that ran in the back BMX Plus Mag all throughout my childhood, but the comic lived long before I first saw it. Staring in 1979, it ran in every issue through 1993! After that it continued to run in the mag as reprints into the early 2000s!

Damian enjoys a career continuing to create paintings and artwork, but Radical Rick lives on in our hearts and now can live on you and your ride!

Subrosa is stoked to introduce the raddest member of the team, Radical Rick!

AVAILABLE WORLDWIDE NOW AT SUBROSA DEALERS, AND OUR WEBSTORE 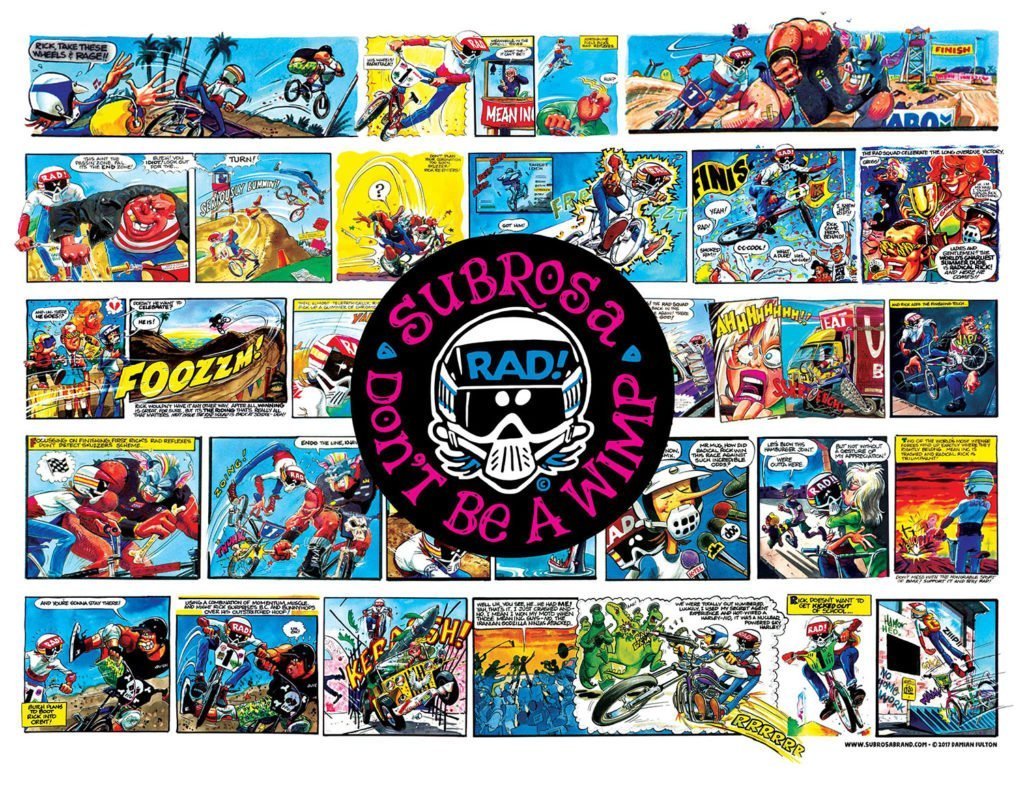 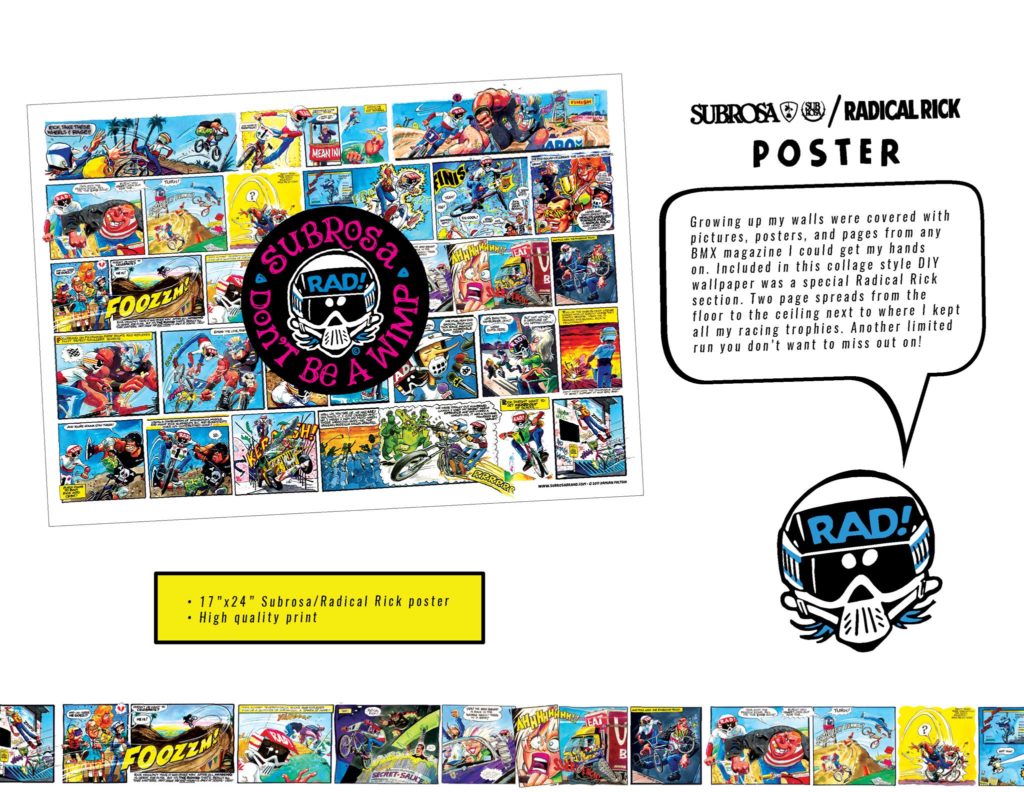 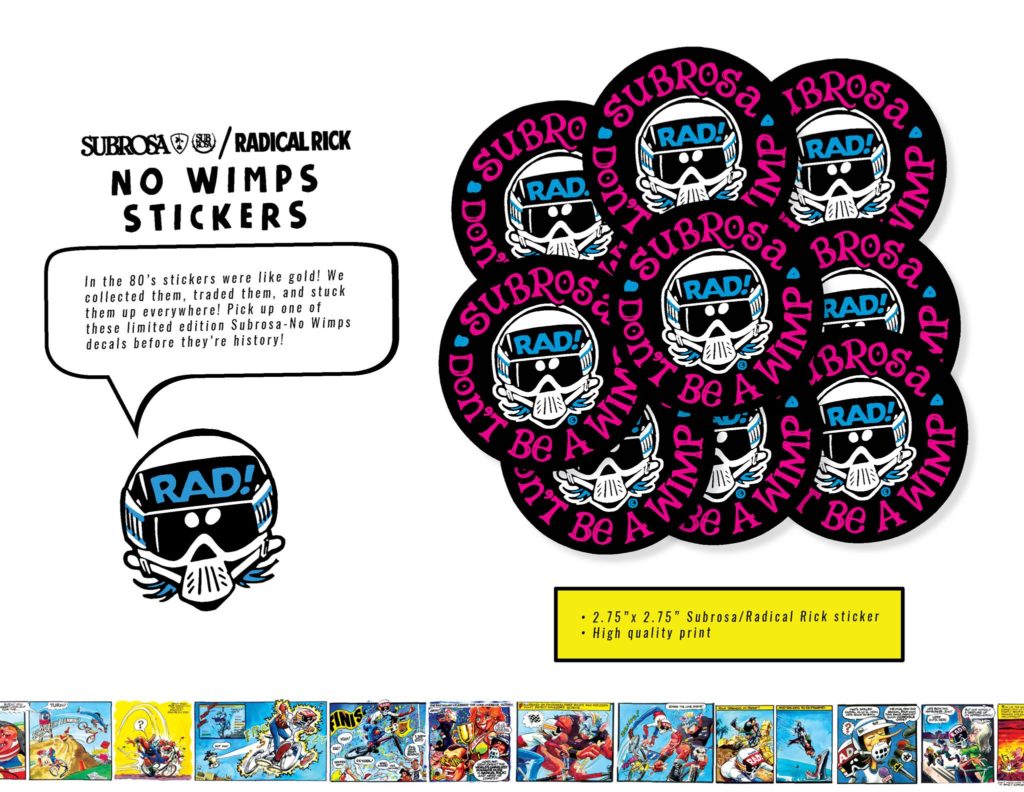 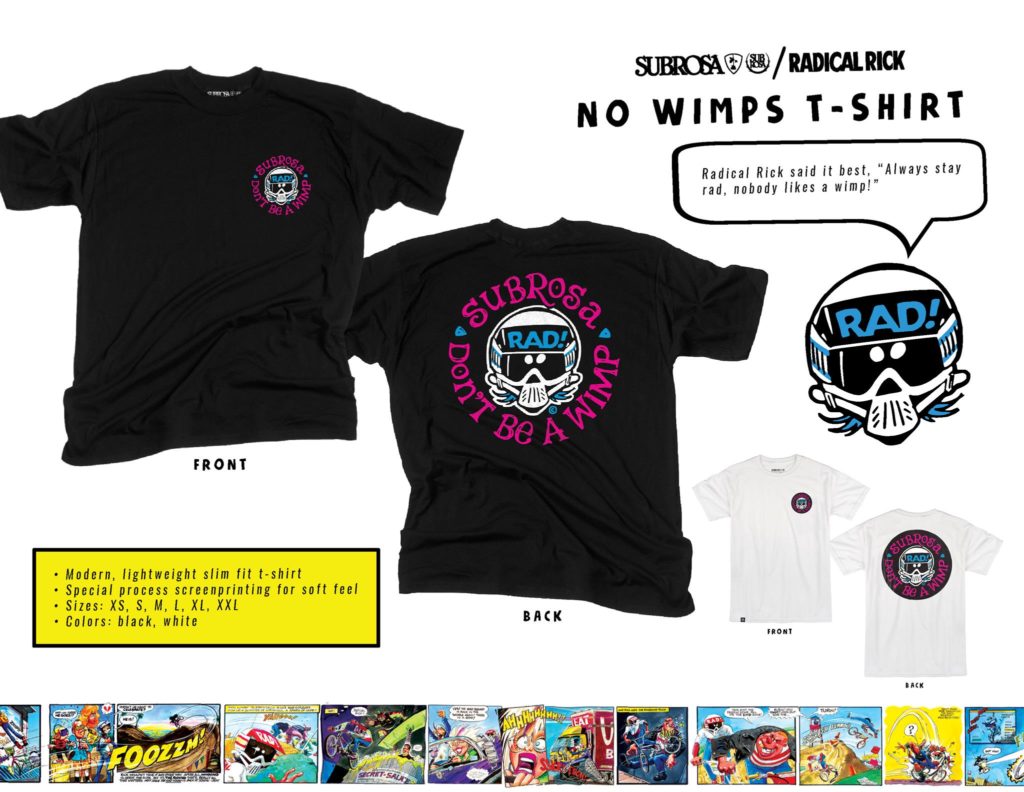 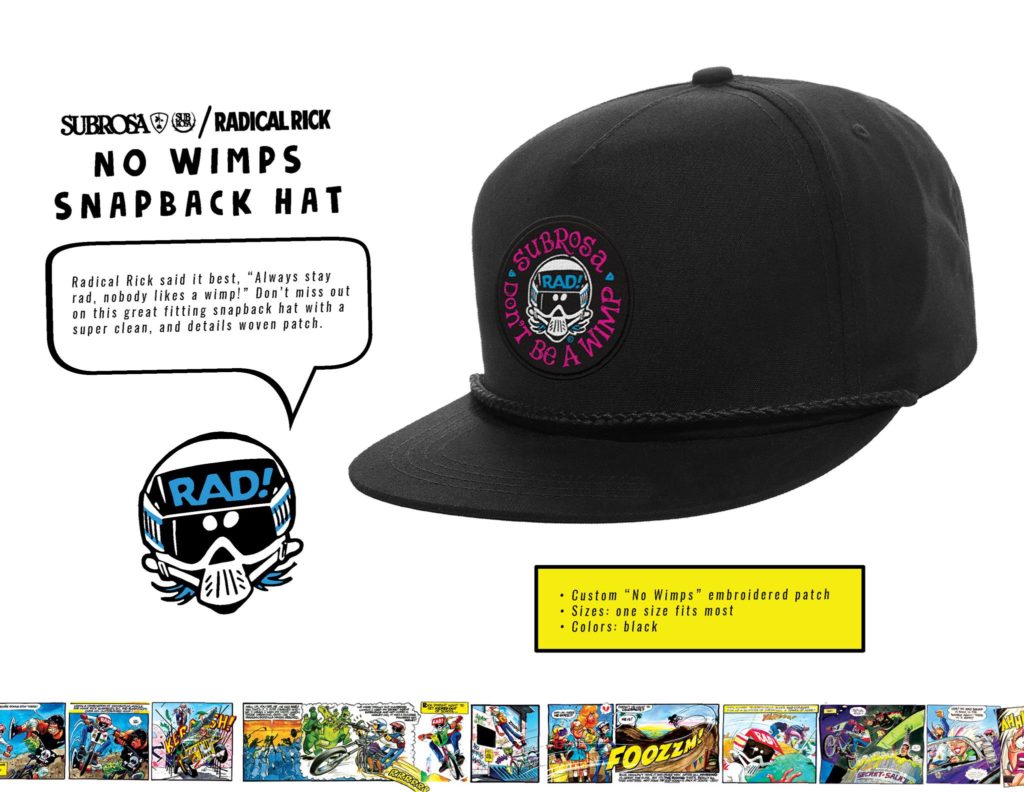 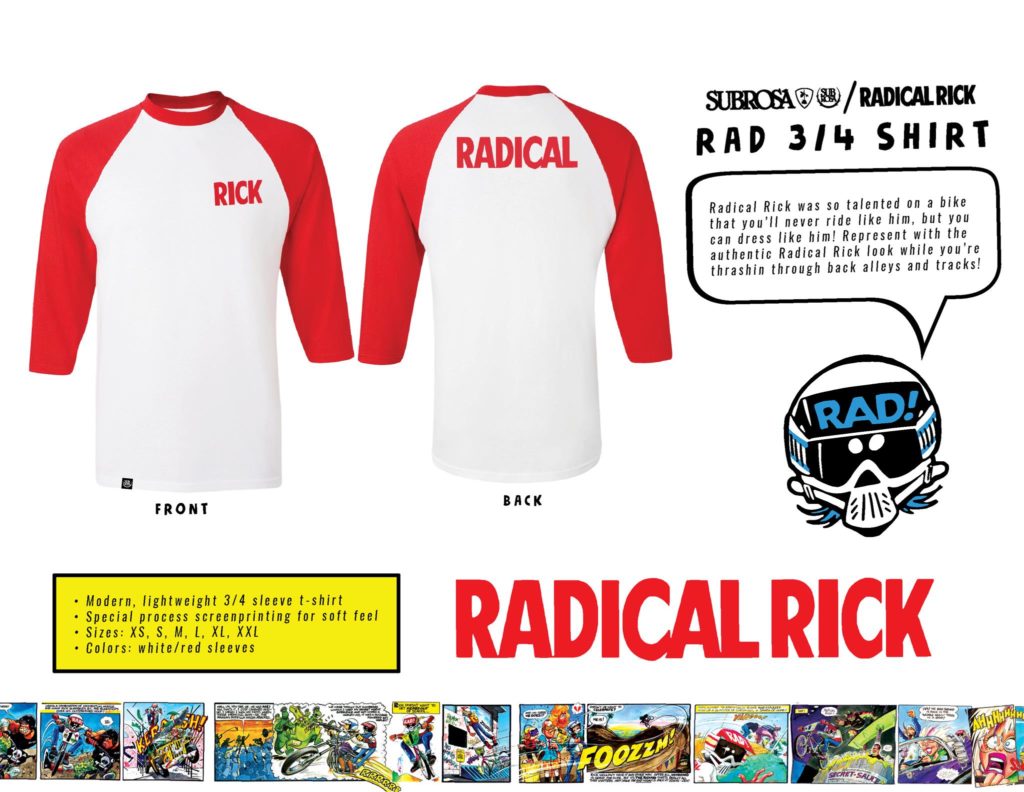 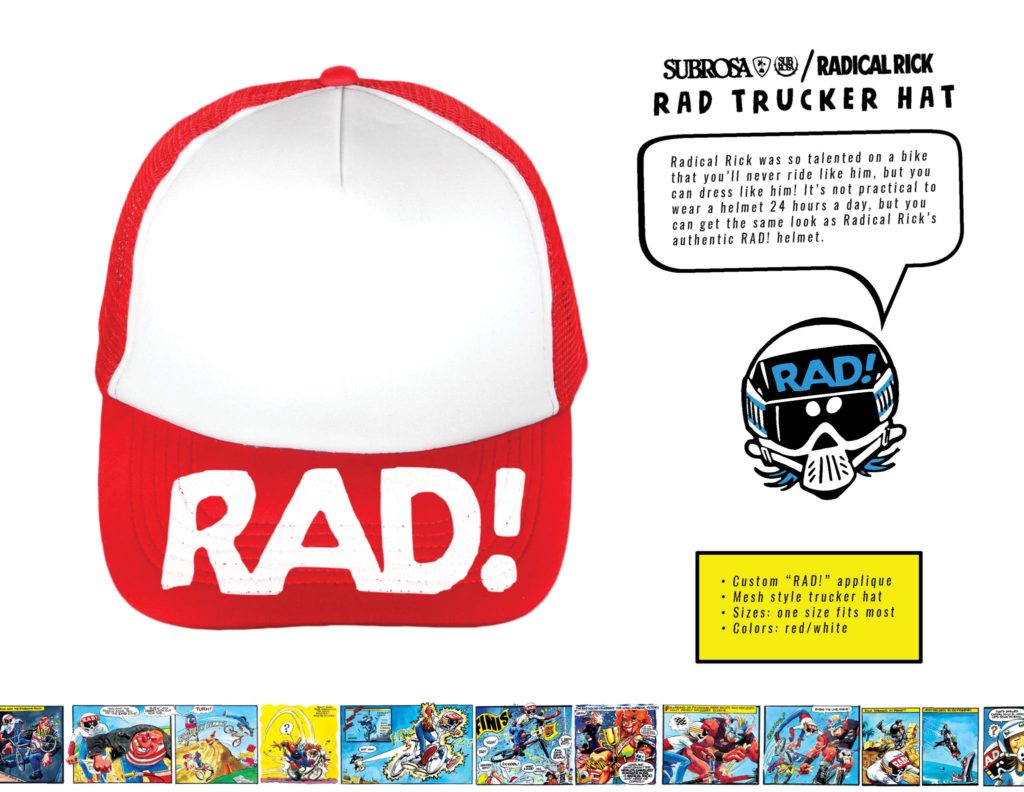 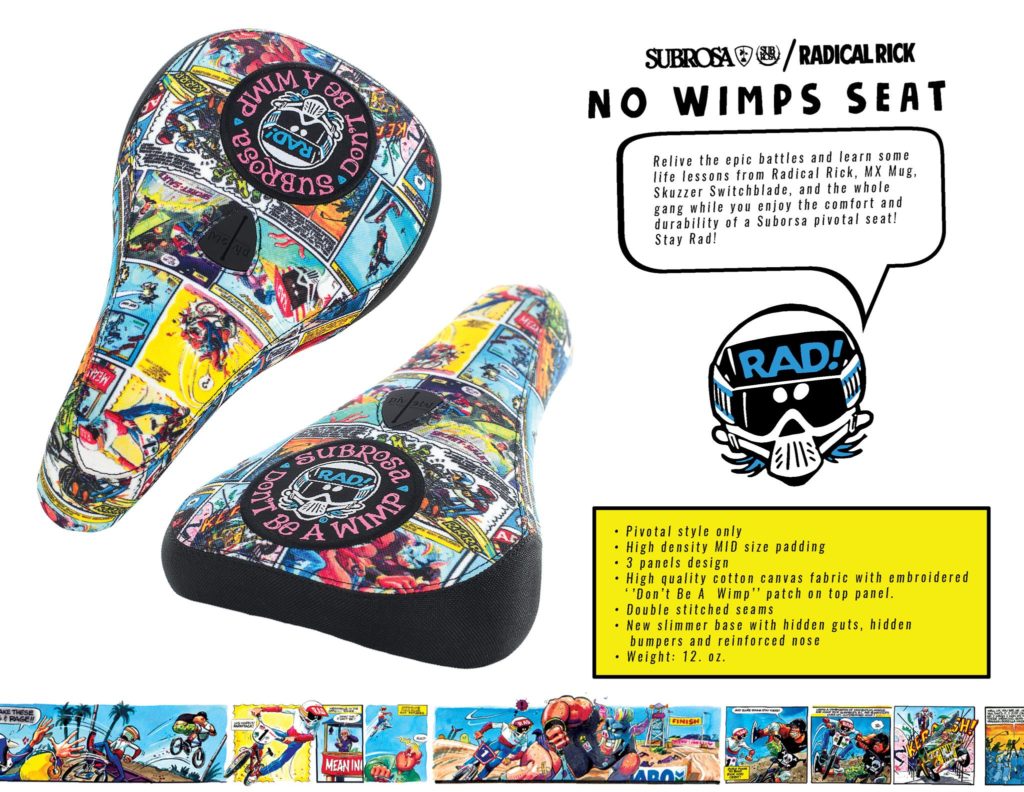