Day 4: Ditch day. We all loaded up in the van and headed to the north side of town to check out some classic Arizona ditches. The first stop was at a ditch spot with so much potential but the landing went into a tunnel and it was flooded… I tried convincing the dudes to get their toes wet, but it was a lost cause. We kept cruising and sessioned this amazing quarter pipe behind some rich folks’ houses which you can see in one of the instagram videos we posted, but 10 minutes into the session the piggies showed up to ruin our fun times. The cop was cool though and tried to recommend some more ditches for us to go check out. After the fuzz busted us, we drove to another ditch: a flyout over a rail that Jono 180 bar bar’ed in his “New Year’s Evil” edit. Hoang got some business done there, and it was back to the van to drive around for more spots. It can be pretty frustrating to drive for 20-30 minutes only to get shut down by skate stoppers or the police, and this day was definitely a frustrating one. Kyle was hungry for a rail spot so we checked out a few options in the cave creek area, but they were busts. We ended up riding a mellow up rail that Chadwick took us to, and Kyle got a dope clip. Everyone was pretty tired of driving around so after we rode the rail and got a clip, I said “CURB CUT TIME” and we sessioned the hell out of this manual pad right next to the rails. That really made everyone’s day, and turned the frustration into joy. The day was done, and we had movie night at the crib.

Day 5: After a day of long distance spot hunting, we thought it best to pedal around Tempe and see what we could find. We rolled up to campus and right off the bat, Tammy got the craziest I’ve ever seen in person. We all got pretty stoked off that, but were unsuccessful with finding spots for Kyle and Hoang. It was really fun just pedaling around, but no clips were had. We ended up filming some flat ground tricks at a tennis court with Nick Jones for TCU, ate some Taco Bell, and called it a day. The dudes were all pretty sore, and Lahsaan had to get home to see Kayland, but we stopped by some roofs on the way home and Lahsaan got a sick nose manny down a roof while getting yelled at by the church officials. We got back to the house, rode the ledge and flat rail for a bit, and then prepped the crib for Greg Moliterno’s photo gallery. We converted our living room into a gallery with lights, had a keg, DJ’s, and one hell of a party. We gave out some Subrosa goodies and copies of Mediocre at Best with any purchase of a print, and the night went flawlessly. About 100 people came out and had a damn good time. Big shout out to The Gully Factory for helping put it on!

Day 6: It was Sunday, so after a quick clean-up of the house we took advantage of downtown Phoenix and rode the federal buildings. Billy was so hungover he was dying. Kyle had to film Metal Mondays for the week, so we sessioned a ledge and everybody got a clip for it. We wound up at the famous tree hop off a loading dock and Kyle squeezed a few tricks between the branches. Then the rain came. Rainy evening in the crib, and a good nights sleep.

Day 7: It was wet. Raining all day, so we loaded up the Subrosa Street Rail and filmed an edit with Matt Ray, Kyle, Hoang, and Lahsaan in a parking garage. Keep your eyes peeled for that one. Matt Ray is a bad man. After a 5 hour parking garage session, we were all pretty beat. We went to Food City and all pitched in on chicken and mac n cheese… Kayland prepared a family dinner for us, and we watched some footage from Lahsaan’s computer as we chowed down on the most wholesome meal of the trip. All in all, it was one hell of a trip. I’m really happy Billy (aka Brownie Man) came along. The rumors are true: he’s the best human. My stomach still hurts from laughing with the boys, and I can’t wait to get out to San Diego to film more with them. Everyone packed up that night, and headed back to Cali the next morning.- Bobby Kanode

Some of the crew in AZ! 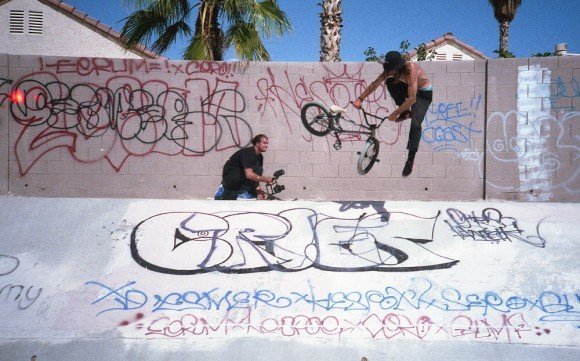 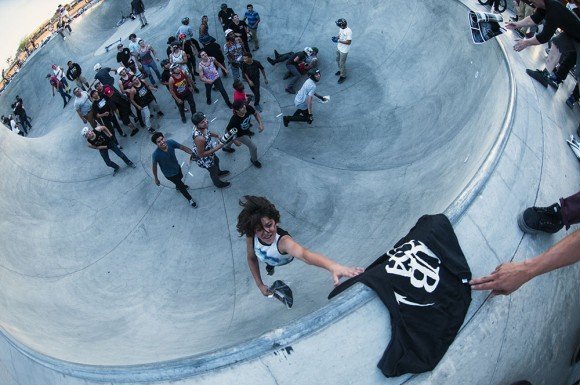